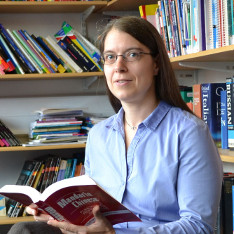 Bettina Beinhoff is Senior Lecturer in English and Applied Linguistics and Course Leader for the MA Intercultural Communication. Her main research interests include social issues in second and foreign language acquisition (especially attitudes towards accents and the construction and negotiation of second/foreign language identities) and sociolinguistic aspects of constructed languages.

Her most recent book is Perceiving Identity through Accent – Attitudes towards non-native speakers and their accents in English (Oxford: Peter Lang, 2013). Bettina has published several articles on language attitudes, intelligibility and accentedness in second language accents and on the Common European Framework of References for Languages (CEFR) and has presented work at international conferences in Europe, Canada, Brazil and China. She has recently finished a British Academy funded project into speech perception within the CEFR which will investigate the development of intelligibility and perception of accentedness through the different stages of acquiring a foreign language. 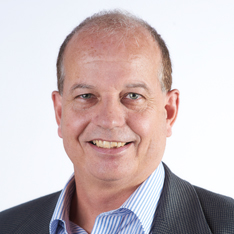 Guido Rings is Emeritus Professor of Postcolonial Studies. He is also co-editor of German as a Foreign Language and iMex, the first internet journals in Europe for their respective fields, and he was visiting professor at Giessen University (2016), The Global University of Seoul (2013), Düsseldorf University (2010).

He has widely published within different areas of postcolonial studies and cultural studies. This includes the authored books The Other in Contemporary Migrant Cinema: Imagining a New Europe? (2016), The Conquest Upside Down/La Conquista desbaratada (2010), Conquered Conquerors/Eroberte Eroberer (2005) and Narrating against the Tide/Erzählen gegen den Strich (1996) as well as a wide range of special issues and volumes, such as Business in Mexico(with Antonio Manuel Ciruela Lorenzo 2017), Global identities in contemporary Mexican theatre and performance (with Verena Dolle 2014), Identity and Otherness in contemporary Chicano cinema (2012), The Other side of migration/La otra cara de la migración (2009), Neo-colonial mentalities in contemporary Europe (with Anne Ife 2008) and European Cinema: Inside Out (with Ricki Morgan-Tamosunas 2003). Guido is also author of more than 50 refereed articles.

While his research focuses on concepts of culture and alterity in contemporary European and Latin American narrative or film, other work explores socio-political and cultural aspects of European discourse and identity construction in the 20th and 21st century. Within this framework, he has given numerous keynote speeches, invited papers and public lectures at a wide range of international institutions, he has worked as international expert for different funding initiatives of the European Commission, the AHRC and the Irish Research Council, and he has co-organised several international conferences.