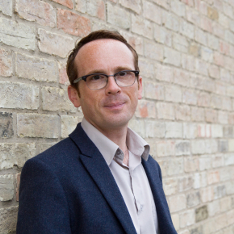 Sebastian is an applied linguist researching ‘the theoretical and empirical investigation of real-world problems in which language is a central issue’ (Brumfit 1997: 91). He is interested in bilingualism, migration, and ethnic and cultural identities, as well as the representation of minority groups more generally (linguistic, ethnic, religious, sexual) in public and media discourse, using methods derived from both corpus linguistics and Critical Discourse Analysis.

He also has a keen interest in the teaching of research methodology and has written a book on quantitative methods, published in its 2nd edition by Bloomsbury Academic in 2013 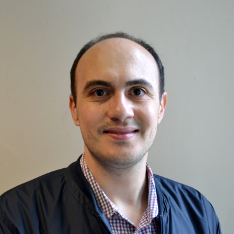 Dr. Vahid Parvaresh is a linguist interested in investigating how various dimensions of linguistic knowledge and language use intersect in the creation of meaning. In this respect, he has a keen interest in the acquisition and use of pragmatic particles as well as vague expressions. Furthermore, Vahid explores the social dimensions of language and communication, especially how current globalised practices shape, and are shaped by, local contexts. He is very much interested in conducting research which enjoys transdisciplinary relevance and allows for pursuing and generating knowledge that can be seen as relevant across other disciplinary boundaries. His publications, which are mainly in the broad area of Persian/English Linguistics, have appeared in leading international journals such as Journal of Pragmatics, Discourse Processes, International Review of Pragmatics, The Language Learning Journal,Linguistic Landscape and Corpus Pragmatics, to name only a few. 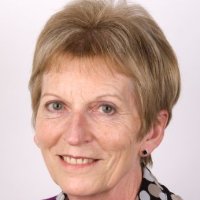 Anne Ife is a Research Fellow at Anglia Ruskin University, Cambridge. Her research interests are second language learning, the policy and practice of second language use in the modern globalised world, and specifically language diversity and language policy in Europe. She has written Spanish teaching materials for the BBC and the Open University and has published various articles on aspects of second language acquisition. Dr Ife is co‐editor with Janet Cotterill of Language across Boundaries (BAAL/Continuum 2001), and with Guido Rings of Neo‐colonial Mentalities in Contemporary Europe? Language and Discourse in the Construction of Identities (Cambridge Scholars Publishing 2008).

Bronwen Walter is Emeritus Professor of Irish Diaspora Studies at Anglia Ruskin University, Cambridge, and internationally recognised for her research on Irish migration to Britain and the wider experiences of the Irish diaspora. Her academic publications include a monograph ‘Outsiders inside: whiteness, place and Irish women’ (Routledge, 2001) and articles and chapters on a wide range of aspects of Irish emigration and settlement abroad. She has made substantial contributions to policy and co-authored the widely‐cited report for the Commission for Racial Equality Discrimination and the Irish Community in Britain (1997) (with Mary J. Hickman). Her report Irish emigrants and Irish communities abroad was produced for the Irish Government Task Force on Policy Regarding Emigrants (2002). She has been awarded grants from the ESRC, the British Academy and the Irish Government. 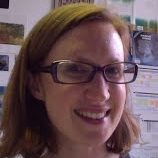 Michelle Sheehan is Reader in Linguistics at Anglia Ruskin University. She is a syntactician who is interested in structure, meaning, variation and change, particularly in relation to Romance languages (European and Brazilian Portuguese, Spanish, French, Italian and Galician), but also from a broader comparative perspective. Current projects include a sociolinguistic study of Galician (with M. C. Parafita Couto and Jeffrey Blokzijl, Leiden University), a comparison of non-finite complementation in German, French and English, (with Marcel Pitteroff, Stuttgart), a typological study of Mayan agent focus (with Jamie Douglas, University of Cambridge, and Rodrigo Ranero, Maryland) and a cross-linguistic study of causation and perception (with Sonia Cyrino, State University of Campinas, Brazil). Recently, she has been working with UK secondary schools through the Linguistics in MFL project, which she founded with colleagues at University of Cambridge, Queen Mary University of London and Birmingham University. This project aims to introduce secondary school pupils to tools and findings of modern linguistics. Her recent publications include a co-authored 2017 MIT Press monograph The Final-over-Final Condition, and two co-edited Language Science Press volumes on Order and Structure in Syntax. 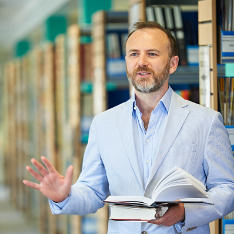 Sean Campbell is Reader in Media and Culture at Anglia Ruskin University, Cambridge. His research interests are in popular culture, Irish studies and ‘race’/ethnicity, which include publications such as Irish Blood, English Heart: Second-Generation Irish Musicians in England (Cork University Press 2011), and Beautiful Day: Forty Years of Irish Rock (co‐authored with Gerry Smyth 2005). Dr Campbell has been an invited speaker at the University of Helsinki, the University of London and the National University of Ireland. He is also on the editorial board of the Journal of International and Intercultural Communication, and is a member of the International Association for the Study of Popular Music, the British Association for Irish Studies, and the Media, Communications and Cultural Studies Association. Dr Campbell has appeared on Channel 4 News, the BBC World Service, RTÉ, Radio Ulster, DW‐TV (Germany), CBC TV and Radio (Canada), and ABC Radio (Australia).